Following Pleasant’s death on Dec. 9, 2018, County Commissioner Willie Brooks decided to spearhead an effort to get the name of the Operations Center on Nixon Drive dedicated to Pleasant. The SCEC passed a resolution supporting the naming of the ops center after former Chairman Pleasant.

Commissioner Brooks had this to say about O.C. Pleasant:

"Brother O.C. Pleasant was a great mentor, role model, public servant and Kappa Man who served in leadership roles on various Boards in our community and within Kappa Alpha Psi Fraternity, Inc..  I became acquainted with Brother Pleasant during my schools days at Manassas High School and value our relationship throughout 30 plus years.  He was precise, methodical and detail oriented during many of our  fraternity meetings.  His institutional knowledge and wisdoms spoke volumes.  Brother Pleasant’s actions created a legacy that inspires others to dream more, learn more, do more and to become more than oneself.  Brother Pleasant was there for me in every milestone as Chapter Polemarch, Sr. Vice Polemarch and Province Polemarch for Kappa Alpha Psi Fraternity; Election to Memphis City School Board; Election to the Memphis Charter Commission and Election to the County Commission.  He was a strong supporter and I am very grateful for the positive impact he made on me from my school days to now.  Brother Pleasant shared with me that long-term success is built on credibility and on establishing enduring relationships with quality people based on mutually earned trust. He often reminded me to cut all ties with dishonest, negative or lazy people, and associate with people who share your values. You become who you associate with."

A dedication ceremony was held on February 15, 2019.  Mrs. Pleasant was  in attendence and was presented with an American flag that had been flown over the center. 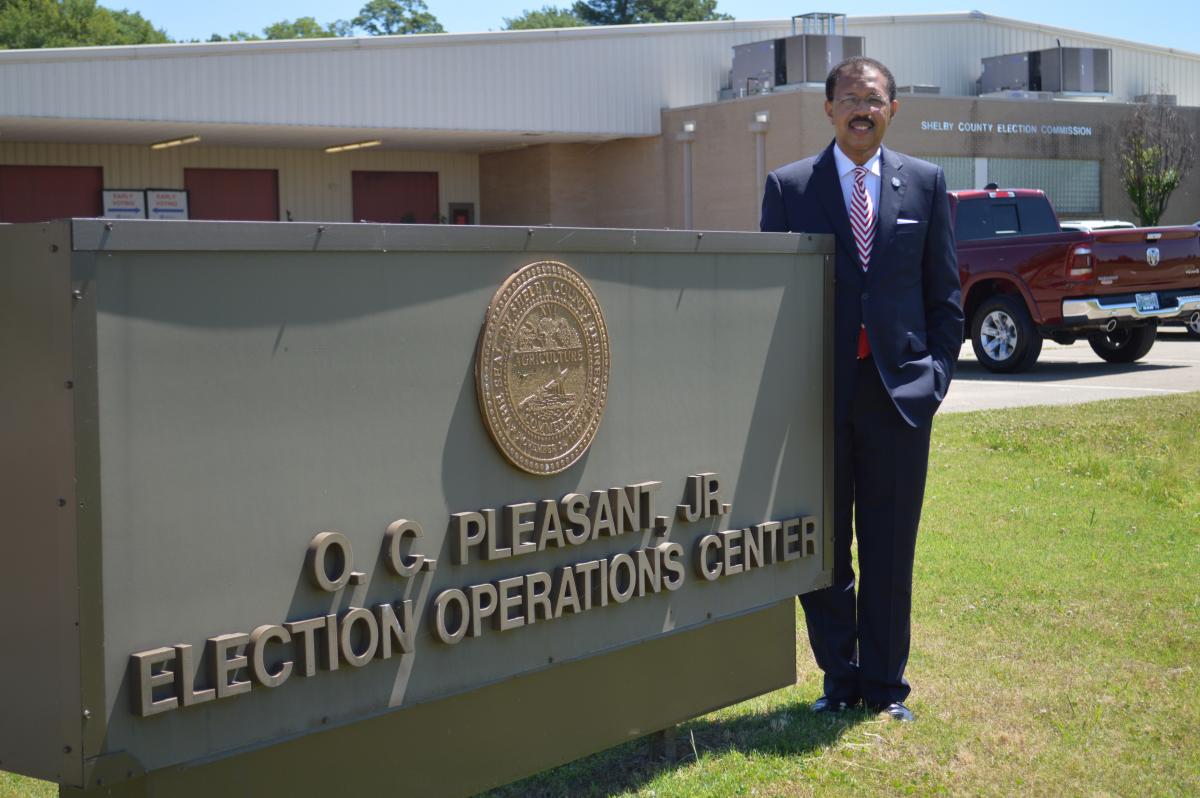 Commissioner Willie Brooks with the sign that was dedicated February 15, 2019.  Photo courtesty of Stacy Scott.